I have not seen any posts talking about doing this this year but I decided not to care. I have been saving things up to rec so I will post them through out the month. :))))))


I will start things off with some Sherlock artwork I found on tumblr. :))))

John and Sherlock's wedding night just so lovely and well drawn absolutely beautiful. The colors and shading are so pretty and the scene has such a tender look to it. They are exquisite and the lines of their bodies so beautiful. I am in awe of her/his talent. 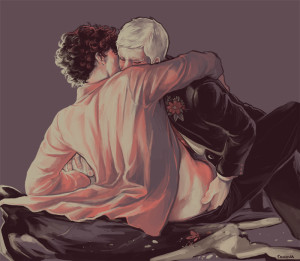 I can always count on someone from tumblr to stomp on my heart. Ahhhhhhh such angst and pain :)

Sherlock Holmes is so in love with John Watson that:
He continues to talk to John when he is not there.
Crashes John’s date with Sarah
Watches John walking to Sarah’s sadly from the window

Thinks about John when talking about love- “I imagine John Watson thinks love is a mystery to me”
Tells Irene not to compliment him, because John has already said every variant in the English language.
Fakes his death, and spends years dismantling Moriarty’s network to ensure John is safe.

Pulls John out of a bonfire, with no hesitation or concern for burning his hands
Quickly hurries his parents out of the flat because he doesn’t want them to embarrass him in front of John

Has a whole folder about John, and one of the pages is John’s face stuck onto a picture of the vitruvian man
He is obsessed with finding out John’s middle name because he needs to know everything about him
Stops functioning when John tells him he is his best friend
Is jealous of John’s ex-commander Major Sholto

Tells a room full of people that John is the only thing he cares about- “There was one feature and only one feature of interest in this whole baffling case and quite frankly, it was the usual: John Watson”

“It’s always you, John Watson you keep me right!”
Refers to the wedding as going “into battle”
Yet still helped teach John how to dance, and writes the song for John and Mary’s first dance.
Makes his first and final vow at the wedding to always be there for John and Mary.
But leaves the wedding early because he can’t pretend to be happy for John any longer

He turns to drugs to cope with the fact John got married
Removes John’s chair because looking at it or seeing someone else sitting in it is too painful
Fights to come back to life at the realisation that John is in danger
Kills a man to ensure John is safe
Rather than confess to John how he feels, he decides to tell a joke instead “Sherlock is actually a girl’s name”, to make John laugh one last time.

On the plane Sherlock reads about his and John’s first meeting, this is what he wants to think about as he dies from the overdose.
He creates an elaborate Victorian world in his mind were John and Mary’s marriage is falling apart because John has abandoned her for “a companion of dubious morals” (him) and the only way she can see John is by pretending to be a client.
He imagines John saving him from Moriarty and declaring there is “always two of them”.

birdsofshore can't host it this year because she is to busy. Please post lots of recs. I neeeeeed for you all to post lots of fics and artwork *squishes and loves*

I will be posting many great things :) 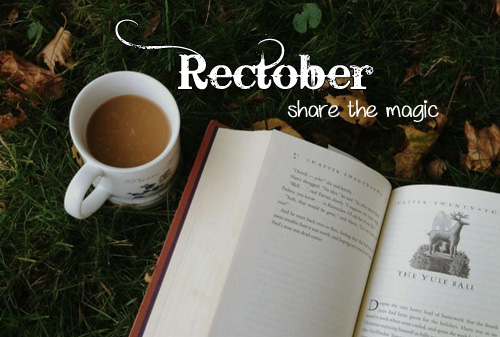